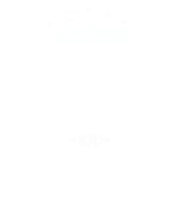 Support Local BC is a grassroots initiative that was set up to help local businesses survive the impact of the Coronavirus pandemic. Its aim is to provide short-term cash flow to the thousands of small businesses in British Columbia that had to close temporarily because of COVID-19 lockdowns, and were struggling to cover their ongoing costs.

Challenge:
Offering a way for residents to support local businesses

When British Columbia began to see community transmission of COVID-19 in early March, the government acted quickly to shutter restaurants, cafes, and service businesses. But while income stalled, expenses continued. Hundreds of local BC businesses were dangerously close to closing down permanently.

Think Local First (TLF), a non-profit organization in Victoria, BC, which encourages people to make their purchases at locally-run small businesses, realized that it needed to expand its activities immediately. It created a dedicated spin-off site on Shopify, called Support Local YYJ. The team’s vision was to create a one-stop shop for all British Columbia residents to buy digital gift cards for their local business, redeemable in person once the economy reopened, giving small businesses a vital cash injection.

Rise.ai’s Shopify gift card integration made it the obvious choice.

Thanks to Rise.ai’s technology and work flows, Support Local YYJ didn’t have to create individual scripts for different businesses and gift card denominations, making it possible for the organization to scale quickly. Rise.ai technology made it easy for individual businesses, even those without an online presence, to offer gift cards in different denominations, monitor gift card redemption in-store, and track the amount left on the card.

Support Local BC not only brought communities together to support their local businesses, but it also built a connection between economic development organizations, buy local programs and others passionate about small business success,

We’ve achieved amazing results in a short period of time by partnering with nimble, collaborative technologies like Shopify and Rise.ai,

together, we are building on ways to make the initiative meaningful for everyone involved

Over $80,000 of vital income for local businesses

So far, 1,189 local businesses have registered with Support Local BC and over $80,000 has been raised. The program has been such a success that the volunteers who run it have decided to keep it as a permanent resource for local SMBs.